Farsley Celtic cruised to victory at The Citadel in what was their final pre-season friendly of the summer, with a 4-0 win over Albion Sports, writes Ed McIntyre.

Albion Sports got an early scare when a returning Jimmy Spencer broke through the defence, but goalkeeper Matt Smith got down well and quickly to get behind Spencer’s effort.

Six minutes in though the visitors felt that they should have had a penalty when Akeel Francis was brought down in the box after using his pace to get beyond Farsleys defence, but the referee said no penalty.

After many missed opportunities the Celts found themselves a goal up on the half-hour mark when Will Hayhurst latched onto a loose ball. Hayhurst played it to Jordan Richards who found an unmarked Spencer in the box who then made no mistake in scoring.

The Celts should’ve doubled their lead four minutes later after a cross from the right found Cartman free in the box, but he headed wide of the post. But after a fairly comfortable half for the hosts they went into the break 1-0 up.

It was a perfect start to the second half for Farsley as within five minutes they found themselves 3-0 ahead. After one minute Adam Clayton tapped in after a goalmouth scramble, with Chris Atkinson scoring another a couple of minutes later.

Just after the hour mark the Celts made it 4-0 through Hayhurst, with a thunderous strike from the midfielder 20-yards-out leaving the goalkeeper no chance of making a save.

Farsley went on to miss many more opportunities throughout the second half, but it ended 4-0, rounding off a comfortable night and a perfect end to pre-season for the Celts. 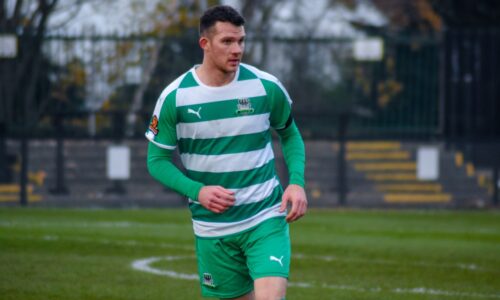