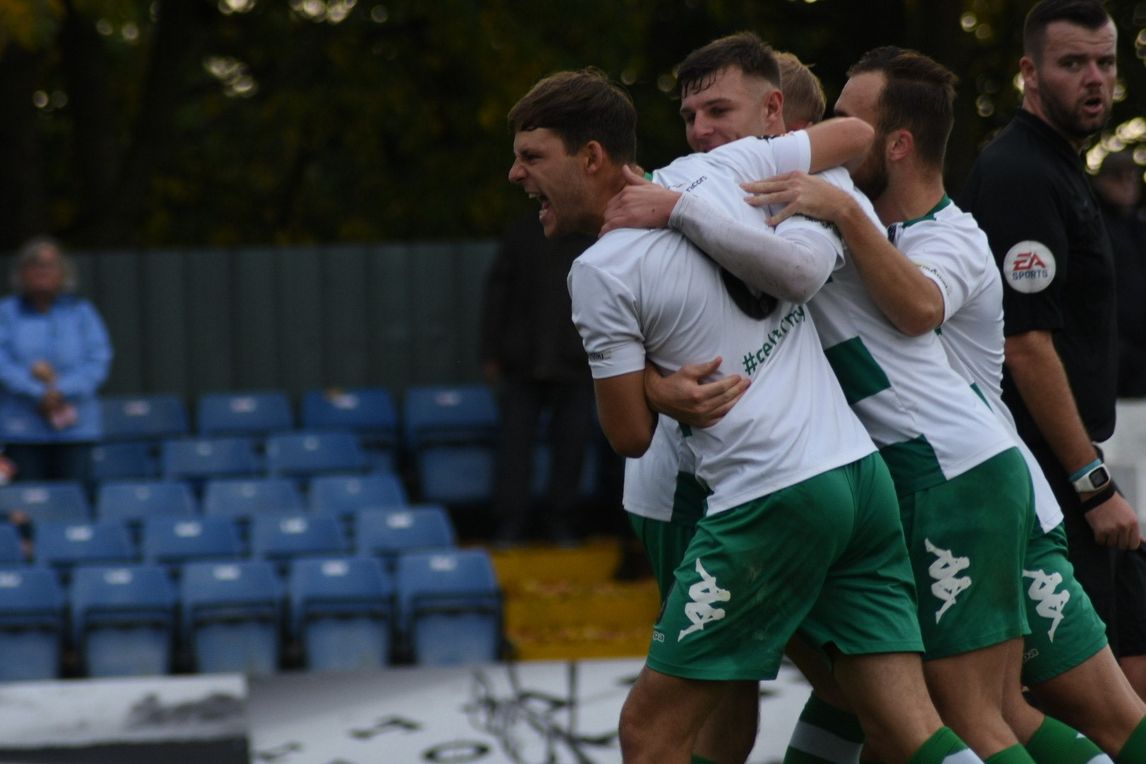 Farsley Celtic made it five consecutive league victories after coming from behind away from home to defeat Alfreton Town 4-2.

Nyle Blake had put the hosts in front in around 40 seconds, however a goal from Tom Allan and a Jimmy Spencer brace saw Farsley turn the game around in the first-half.

Conor Branson gave the hosts hope in the second-half, however Dave Syers added a fourth for the Celt Army to secure all three points.

Farsley Celtic Manager Adam Lakeland was delighted with his side’s performance, as he said: “What an awful start to a game, 46 seconds I think it was, and you think ‘flipping heck, it’s going to be a long old afternoon’, because this is a very difficult place to come, against a side that are going very well at the moment.

“Once we got level, I thought we were outstanding for the rest of the game, I thought we were the better team and we wanted to go as big as we physically could today, because they’re a big side themselves and they’re very direct.”

On his return to the club, Tom Allan was involved in the first three goals, and Lakeland added: “We took him for the month initially, we wanted to keep him, York needed him back.

“But as soon as we had the opportunity to get him again, we snapped it up, and you can see why today. He’s a good footballer, he’s a big lad, he’s a danger in the opposition box, but he’s very good in his own box as well, and he’s a great lad.”

The game got off to the worst possible start for Farsley as Nyle Blake received the ball from Bobby Johnson, and calmly slotted home to give the hosts the lead inside a minute.

Farsley grew into the game and began to get on top before deservedly drawing level inside 20 minutes, as Will Hayhurst delivered a superb cross for Tom Allan who rose highest to head home.

Just five minutes later the Celt Army had turned the game around and taken the lead with Tom Allan involved again, heading on Will Hayhurst’s corner for Jimmy Spencer to flick home.

A stunning 15-minute spell from Farsley was capped off by a third goal, as Tom Allan whipped in a terrific cross for Jimmy Spencer who guided his header past the helpless Charlie Andrew in the Alfreton goal.

The hosts looked to regain a foothold in the game, and Kyle Trenerry had to be at his best to keep his side’s two-goal advantage, pulling off a sharp save down to his left to keep out Blake’s powerful strike.

10 minutes into the second-half the Reds pulled a goal back courtesy of a stunning strike from Conor Branson, the midfielder picking the ball up 30-yards from goal before thumping an unstoppable effort into the top-right corner.

Midway through the second period Farsley pulled two goals clear once again, as Charlie Andrew fumbled a cross from the left straight to the feet of Dave Syers who capitalised on Andrew’s mistake to tap home.

Dave Syers and Will Hayhurst had chances to add a fifth in the last five minutes, Syers slicing wide when well-placed, before Hayhurst’s low strike was tipped wide by Andrew.

However, Farsley had already done enough to secure the win, and comfortably saw out the closing minutes to earn all three points and move up to third in the division. 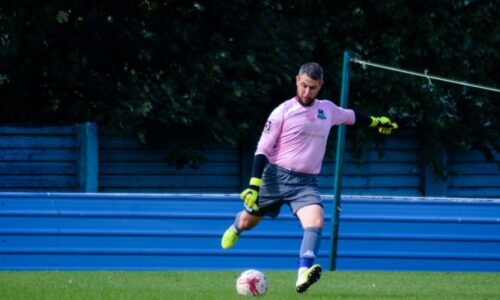 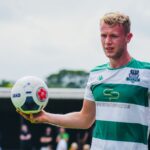 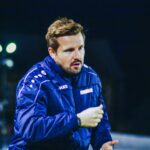