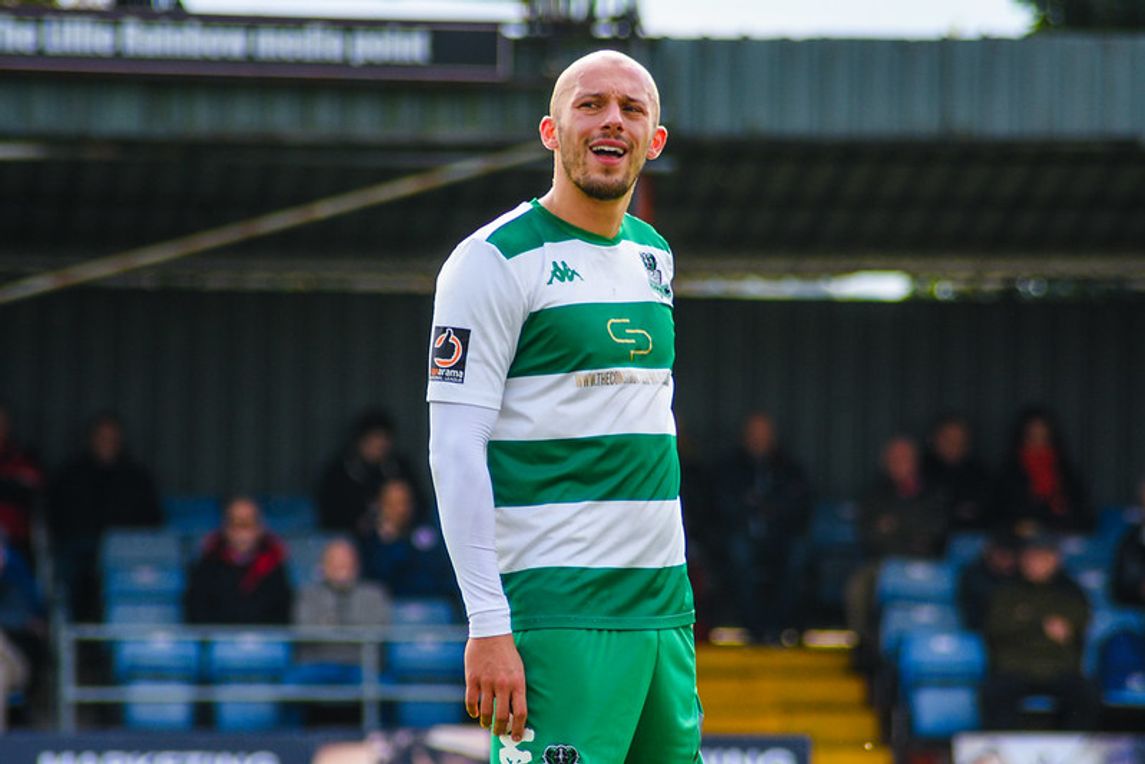 Farsley ensured their place in Monday’s draw for the Buildbase FA Trophy First Round, thanks to a hard-earned 1-0 win at Workington.

After a first half of few chances, Jack Higgins headed home what turned out to be the winning goal shortly after the break.

The hosts battled hard in the final third of the match and the Celts were forced to hold on for long spells, but they saw off the Cumbrians to ensure progression in the competition.

Workington could have been ahead as early as the fifth minute – Scott Allison laid the ball off to Matty Clarke but with a free shot at goal, he fired over from 15 yards out.

The net was rustling at the other end of 14 minutes after Nathan Cartman turned the ball home after an intricately-worked free kick routine, however it was ruled out for offside.

Four minutes later, Allison created another good chance as he found Brad Hubbold, but he fired straight at Elliot Wynne, who came in, in goal for Kyle Trenerry in the cup match.

The Celts then created another good chance on 25 minutes, this time Will Hayhurst forcing a good low save from Jim Atkinson, who palmed the ball behind for a corner.

Farsley were dealt a double-injury blow either side of the break. After a collision with an opponent before the interval, Wynne was replaced by Trenerry in the Celts goal at half-time, and then Tyler Walton turned his ankle just after the break, seeing Ben Atkinson replace him in midfield.

Despite the setback, the deadlock was broken on 49 minutes as aerial target Higgins rose the highest to head home a cross and put Farsley ahead.

Workington, who are top of the NPL Division One North West, continued to battle well in the match, and were unlucky again on 59 minutes when Dav Symington’s low strike hit the bottom of the post before being cleared away.

The Cumbrians had further chances to draw level, firstly with Symington’s strike skimming the upright on 75 minutes, before Allison missed a guilt-edge chance with a clean shot at goal nine minutes later.

But Adam Lakeland’s side steadied the ship, and in the closing minutes looked more likely than the hosts to score.

Firstly on the 87th minute, Dave Syers received the ball from a corner but this time he was denied by the woodwork, before Chris Atkinson’s follow-up was just wide of the post.

Then on 90 minutes, Jim Atkinson pulled off a great save to deny Luke Parkin who had gone through on goal – the keeper coming out on top of the one-on-one. 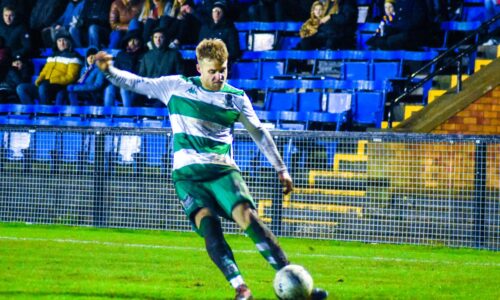 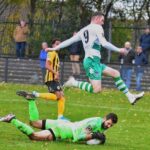 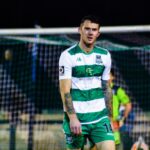