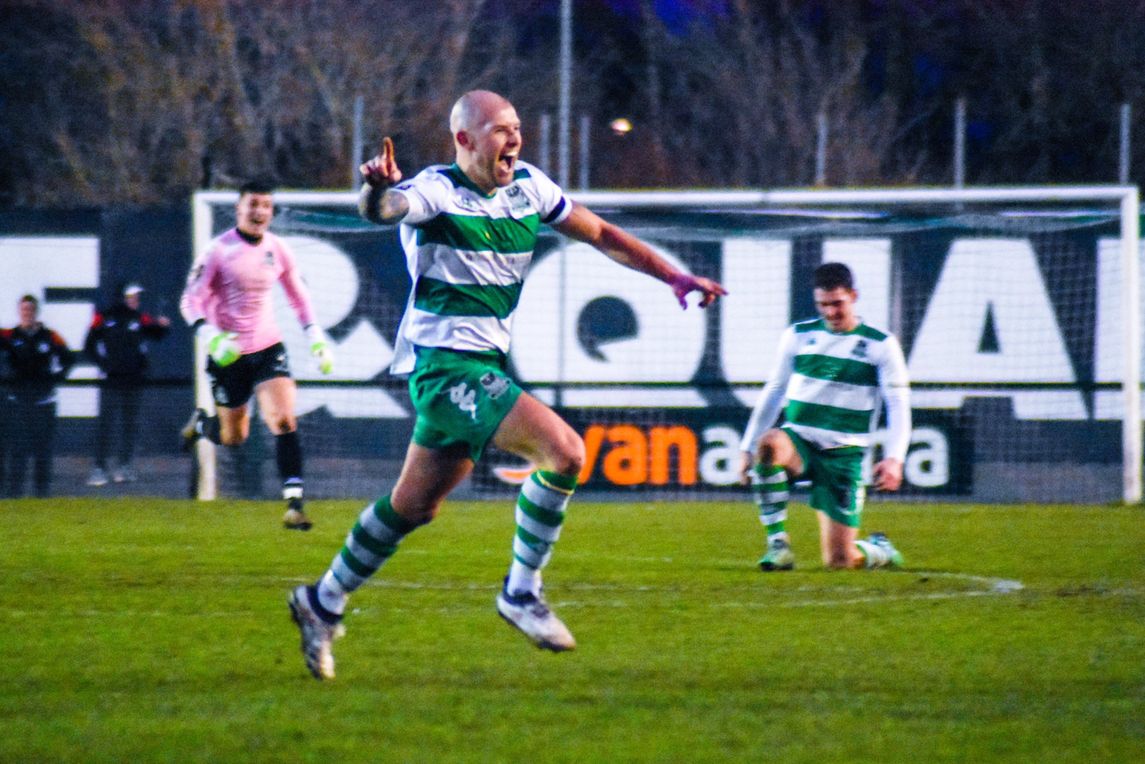 A 40-yard screamer from Danny Ellis at the death gave Farsley a point from a game they dominated after conceding early, writes Warren Smith.

Farsley Celtic lined up wanting to put a stop to their poor run, having lost their last three league matches. AFC Telford in relatively weak form themselves provided ample opportunity to stop the rot.

The 400-odd attendance oversaw instantaneous goalmouth action from the kick-off, sadly at the wrong end. Telford ploughed forward in their ostentatious purple.

Opposing striker Matty Stenson bared fruits immediately, putting the visitors ahead within the first minute. Stenson reacted well to Elliot Wynne’s half save, tapping it in as the Celt Army were exposed at the back.

That ultimately turned out to be the best play from the visitors, as Farsley then controlled the half with urgency, seldom allowing Telford on the ball.

Growing concurrently with the home side pressure was the frustration that some inside the Citadel held against the ref. Opposition goal scorer, Stenson further incensed the home supporters with unnatural falls, after which taking his time to resurface. The half-time whistle went with Farsley on top but with tempers flaring.

The gung-ho pace set by Adam Lakeland from the touchline caused his alternate, Andy Pryce, concern. Not wanting to defend lightspeed attacks anymore, Andy set the Bucks out to neutralise the game. The purple-clad shirts did anything to stop the game breathing. Now the ref was forced to take action, as he awarded several free-kicks to the appreciation of the Citadel faithful. Yet, still seemed disinterested in cautioning any player despite clear roughing from the Shropshire side.
70 minutes on the clock, penalty claims were now ten-a-penny.

Farsley continued to jack up the pressure, forcing adversary keeper, Matthew Yates, into a two-handed save of the season candidate, only to make another momentarily after. Telford had shut up shop now, allowing Farsley to attack – confident the opposition couldn’t get past Yates.

One potential break-away for Telford, closing in on 90 minutes saw Ryan Barnett through on goal, but his low near-post effort was tame, allowing Wynne to save comfortably. The game then re-shaped into the dominant Farsley attack which spectators had seen throughout the entire afternoon — many chances, yet still no goal.

Danny Ellis sensed the moment was right to try something unique, having seen the team attempt everything else. Deep into added time, the captain emerged from the left-flank halfway line. From which point he executed a Messi-ilk strike, perfectly soaring into the back of the net from 40-yard range. Ecstasy for home fans, who’d had little to cheer all game prior. Whereas the Telford players and supporters alike were left bamboozled at what they had witnessed.

The final whistle shortly followed. Farsley had fought hard all game and deservedly got the point as the better team throughout the match. Subsequently ending their losing streak in the league with a draw, yet given the circumstances, the result felt like a win. 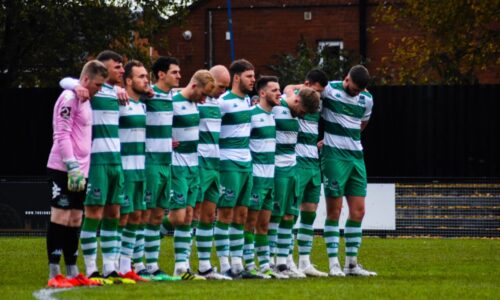 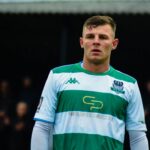 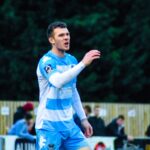