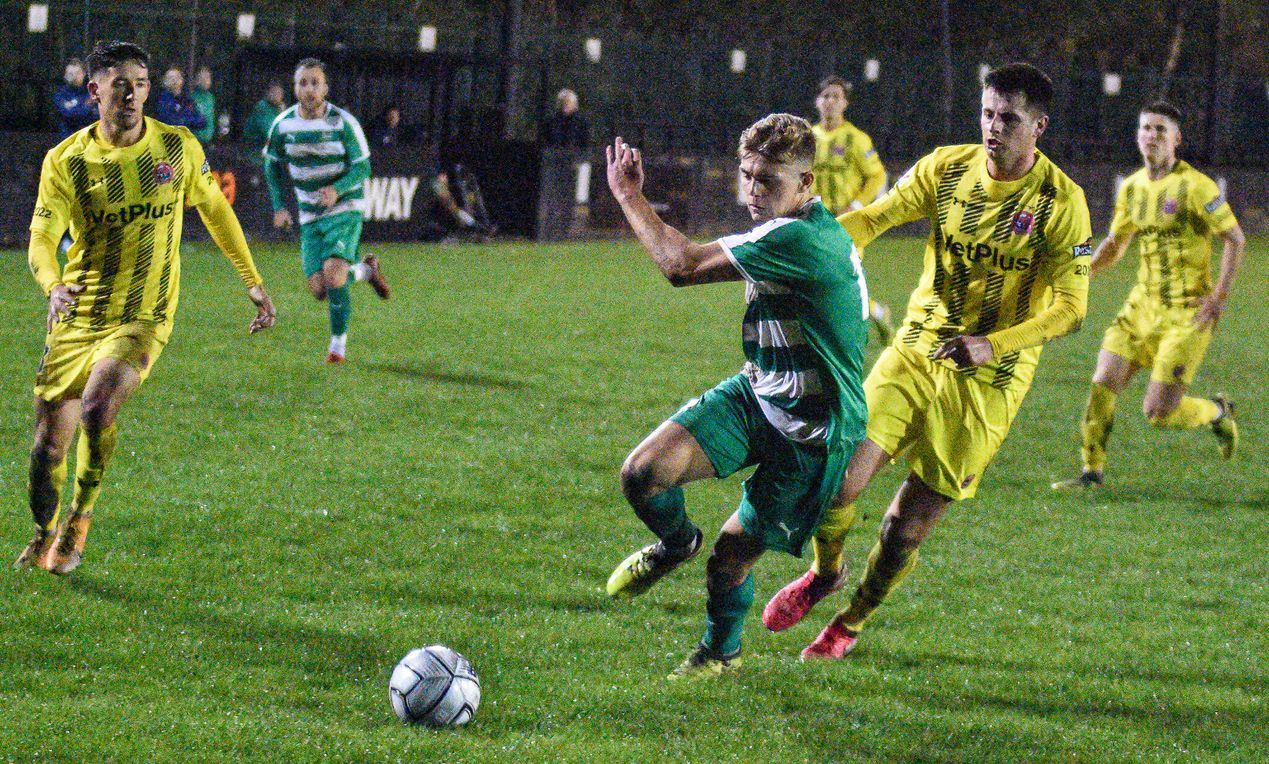 Farsley’s hopes of making the main rounds of the Emirates FA Cup were dashed for another year following a 3-1 defeat at the hands of AFC Fylde.

Playing a side recently relegated from the Vanarama National League proved as one of the toughest opponents Farsley could draw in the Third Qualifying Round, and so it proved as Jim Bentley’s side, who reached the third round proper last season, progressed.

A double from Luke Burgess and a great strike from in-form Nick Haughton had the Lancashire side 3-0 up, although Farsley showed late character and Jake Charles’ effort for the Celts six minutes from time, meant it wasn’t all plain sailing for Fylde.

“I think it’s fair to say that they were the better side over the course of 90 minutes,” Celts boss Adam Lakeland graciously conceded after the game.

“They’re a very good team and I have no great complaints about the result in the end but what I would say is I can’t ask any more of our players. We always keep going and we never know when we’re beaten.

“It would have been easy for us to throw the towel in because there were spells where they probably could have scored more goals, but we kept going and that’s what we’re about. We kept working and we tried to make a game of it.”

Despite Fylde’s relative dominance throughout the game, the full time side were given a scare inside the opening 60 seconds when Charles picked out Dave Syers inside the visitors’ penalty area, however the experienced midfielder slipped and couldn’t turn his shot goalwards.

The away side looked a constant threat on the break all night and fired their first warning signs on 12 minutes. Kurt Willoughby got free down the right flank and decided to go alone despite having Nathan Shaw free in the centre. It was probably an error of judgement as the forward could only find the side-netting.

But Fylde did strike the opener on 21 minutes, as the ball was squared into Burgess, and the midfielder on-loan from Salford City, was able to squeeze it past Sam Kelly, who was deputising between the Farsley sticks for the suspended Steven Drench.

The visitors doubled their advantage on 29 minutes following an uncharacteristic mistake from Danny Ellis. The Celts captain sliced a clearance straight into the path of Haughton. He beat a recovering Tom Allan to the ball before knocking it past Kelly, who had been drawn out of his goal to also try and deal with the calamity. It allowed Haughton a sight at goal from 30 yards and he bagged his fourth goal in as many games with a well-directed strike.

Farsley managed to stay within two goals as far as the break and on 52 minutes came close to halving the deficit. Jimmy Spencer picked up the ball on the edge of the area before turning and shooting goalwards, but Alex Whitmore got in the right place at the right time to head away for a corner.

But Fylde managed to make it 3-0 shortly after, when Burgess was fed the ball from the left, before firing past Kelly for his brace, with a pin-point shot into the bottom corner on 79 minutes.

Farsley’s brilliant never-say-die attitude paid off again when they dragged themselves back into the contest on 84 minutes. A deep freekick was headed back towards the far post by target-man Allan and Charles managed to scramble home to give Lakeland’s men late hope.

And it could well have been a grandstand finish in stoppage time had Adam Clayton’s effort on the spin had cannoned off the post and gone in, rather than rebounding clear, in the first minute of stoppage time. However fortune was not on Farsley’s side on this occasion and the win went back with Fylde to Lancashire. 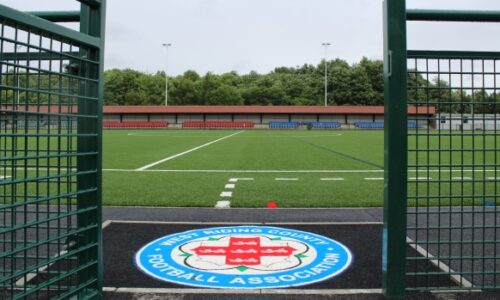 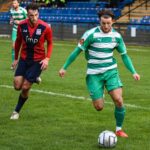 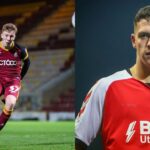