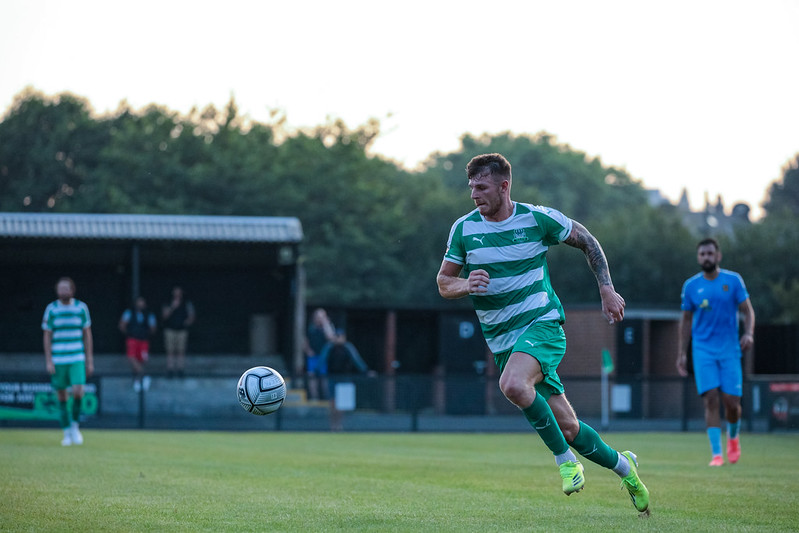 Farsley Celtic let slip a two-goal lead as they were held to a 2-2 draw in what was a thrilling encounter with Chester, writes James O’Reilly.

The Celts saw themselves leading Chester by two goals within half an hour, with Tyler Walton and Adam Clayton each scoring in the first game at the Citadel this season. Chester would pull one back before halftime through George Waring, who would then go on to score the fourth and final goal of the game in the second half.

The game started brightly for Farsley, with Luke Parkin seeing a shot deflected inches wide within the first 60 seconds.

In the fifth minute, having maintained continuous pressure on their opponents, Tyler Walton would find the bottom corner of the goal after a beautiful flick on from striker Jimmy Spencer.

Chester’s first opening came when John Johnston found himself bearing down on the Farsley goal, however, Tom Donaghy stood firm with an impressive stop.

That was a rare foray forward for Chester in the first half, and the Celts were soon deservedly two goals to the good. Adam Barton’s cross into the box found the head of Adam Clayton, who nestled his effort into the top corner of the goal.

Chester did grow into the game as the half progressed, becoming increasingly more capable of resisting the pressure of the hosts. And they were back in the game shortly before the break as George Glendon centred for George Waring, his header beating Donaghy in the Farsley goal.

Chester were certainly much improved after the break, but Farsley almost scored the all-important fourth, Hayhurst forcing Louis Gray into a sublime finger-tip save.

But only a minute later, George Waring would score his and Chester’s second with a bullet header into the back of the net to level the scores.

As the game entered the final 10 minutes Farsley suffered a further blow when Sam Walker and Adam Clayton clashed heads, with the former unable to continue.

In the closing moments, Chester came closest to finding a winner, but Donaghy made a smart save to deny Lloyd Marsh-Hughes, ensuring both sides would leave with a point. 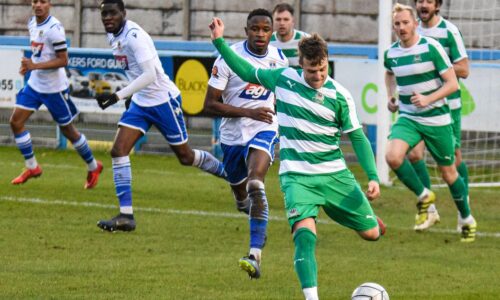 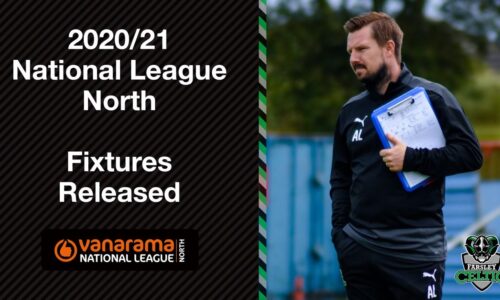