Farsley Celtic continued their unbeaten start to the new season as an 87th-minute strike from Luke Parkin saw the Celts hold Kettering Town to a 1-1 draw.

After a goalless opening 45 minutes, the hosts took the lead shortly after the break through Isaac Stones, however, Parkin’s late effort ensured a share of the spoils.

The first-half at Latimer Park was one of few chances, with Kettering’s best opening coming when Connor Barrett held the ball up on the edge of the box and fizzed in a low cross, which somehow evaded both Isaac Stones and Callum Powell.

Jimmy Spencer had Farsley’s best opportunity to break the deadlock as the half drew to a close, but his strike was superbly blocked by Chris Smith in the box.

Whilst the first period saw little in the way of goalmouth action, it took just five minutes for the first real opportunity to come after the interval. Harrison Neal delivered an inch-perfect cross for Stones, but he was unable to direct his header on target.

However, Stones did not have to wait long to atone for his miss, and just moments later was on hand to tap home from close range after Neal’s initial strike had been parried by Tom Donaghy.

Both sides then had spells of pressure, Kettering initially pushing for the second before Farsley responded, but neither side tested the opposition ‘keeper; the closest the Celts came to levelling was when Adam Clayton headed Will Hayhurst’s corner over.

But with just three minutes remaining, Luke Parkin struck. Donaghy’s long ball forward was flicked on to Jimmy Spencer by Danny Ellis, with the frontman playing an excellent ball with the outside of his foot through to Parkin who kept his cool to fire home. 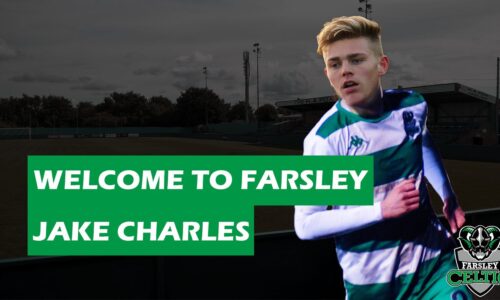